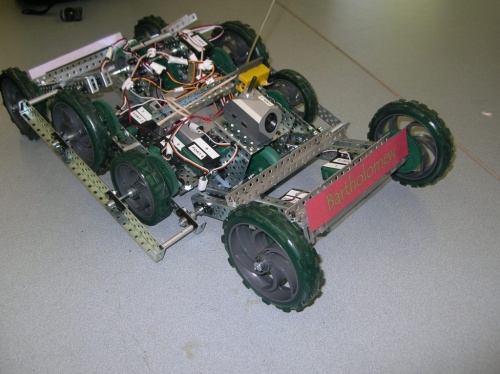 The information below came from her presentation. When she was done with her talk she demonstrated Bartholomew climbing the short steps in the cafeteria. There are pictures below and a video of another climb. 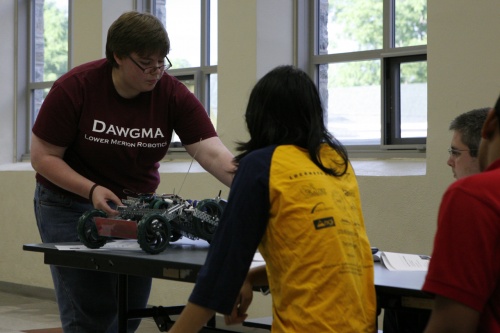 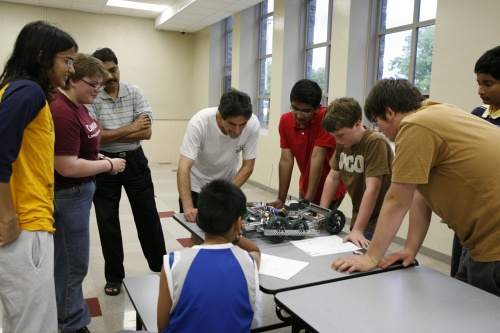 What Stairs to Use? 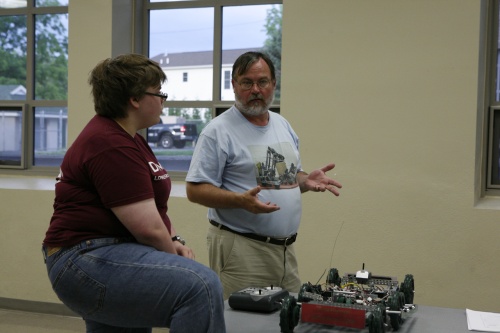 Back Drive in the Gearbox

Problems With Back Lifting Mechanism

What skills did I learn

What will happen to Bart?