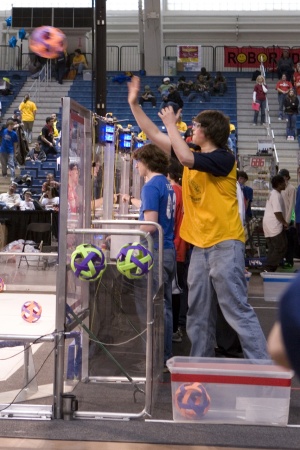 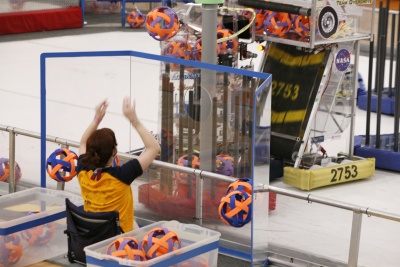 Elizabeth shooting from the Outpost during PARC XII

Team 1640 went through a disciplined process to select and train both types of Payload Specialists. Field pieces were set up to enforce realistic shooting conditions for candidates. Last year's robot was adapted to pull our practice Trailer, thereby providing an accurately moving target to shoot at. 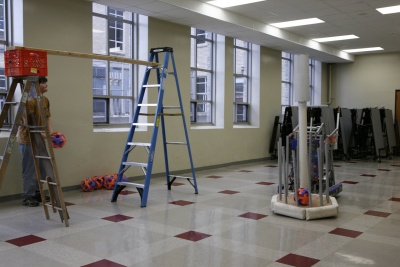 Three first-rate Payload Specialists were trained and participated in our competitions. Matt is our Airlock Specialist and an extraordinary scorer. Elizabeth and Alex are our Outpost Specialists. The 2009-2010 school year adds Praveen, Cole and Vamshi to this specialist group.