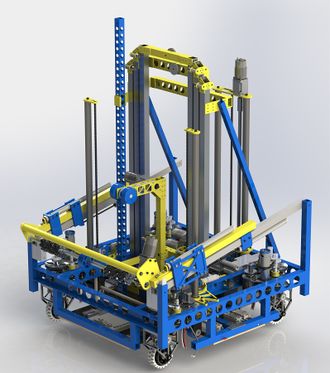 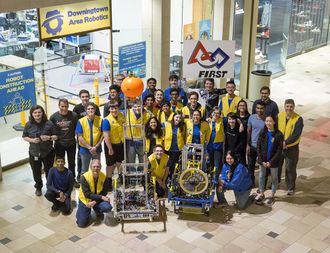 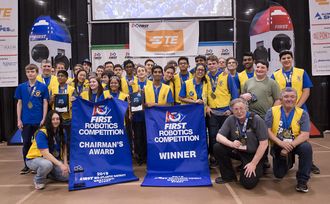 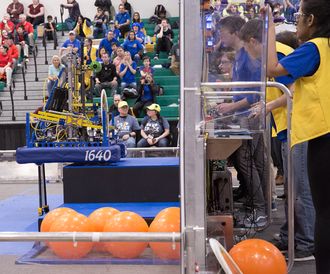 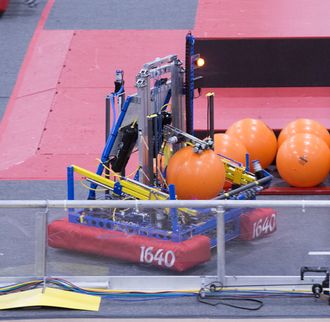 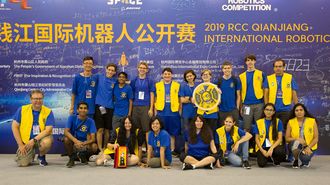 Such an awesome game. Thanks GDC! But we lost so much talent with the twenty (20) 2018 graduates, more than half the team. Does the team still have the right stuff? Are we worthy? Is institutional knowledge stronger than high turnover? Will the next generation step up and make its mark?

HAB Climb Lift
HAB Docking, earning at least 15 HAB Climb Bonus Points, earns an alliance a ranking point. A Level 3 climb allows one alliance partner to earn 12 points by itself, so a 3 point Level 1 climb by another partner is all that's needed to achieve HAB Docking. Our HAB Climb Lift is designed to reliably enable a Level 2 or 3 climb.

Lift
The Lift changes the level (height above grade) of the Hatch and Cargo scoring systems.

Kick-off - 5-January-2019
For the first time, we will not go to kickoff as a team. Reason is: 1) no field pieces; and 2) no seminars. We will hold our own kickoff at Exton Mall.

FMA District Seneca Event - 22-24 March-2019
Our HAB Lift was working and we performed better overall, finishing qualifications ranked 7th of 35 with an (8-4-0) record. We gratefully accepted the 2nd Alliance Captain's (834 -SparTech) invitation. 6327 (The Tin Soldiers) completed the 2nd Alliance, which while barely squeaking through Quarterfinals by the very barest of margins, went on to win the event!.

FMA District Bensalem Event - 29-31 March-2019
As our 3rd District Event, Bensalem does not affect the team's ranking or prospects of advancing to the FRC Championship. We'd already qualified for the FIRST Mid-Atlantic Championship. This event was primarily intended to provide additional practice for all and an opportunity to improve our control software.

We ended qualifications ranked 6th in a field of 31 teams. That's quite okay, but we failed to move in one match and experience problems in others.

FRC Championship - 24-27 April-2019
Sab-BOT-age (FRC 1640) finished qualification matches ranked 9th out of 68 teams on Archimedes and ended up as 8th Alliance Captain. Our gratitude and sincere thanks to FRC 271 (Mechanical Marauders), FRC 3015 (Ranger Robotics) and FRC 4391 (Gladstone BraveBots) for joining us in Eliminations. We had a good run, defeating the 1st Alliance 2-1 in Quarterfinals. Alas, the 5th Alliance was simply too good for us to beat in Semifinals - Archimedes 5th Alliance (teams 5406, 930, 1310 & 4004) went on to become Archimedes Champion and FRC Championship Finalist!

Team Sab-BOT-age is what it is only due to the efforts of the people involved. DEWBOT XV's success will be in the hands of the students, mentors and parents engaged. The team's very existence is possible only through the gracious generosity of our sponsors.