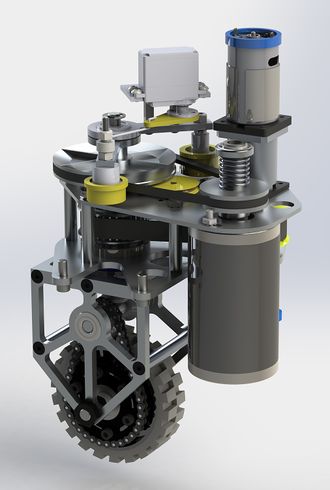 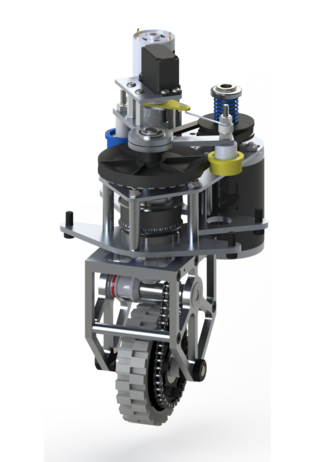 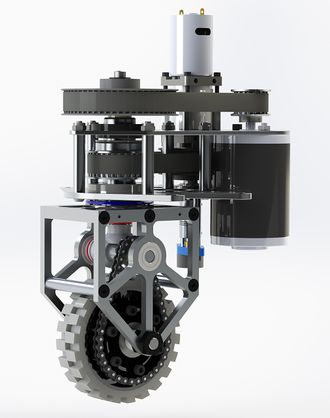 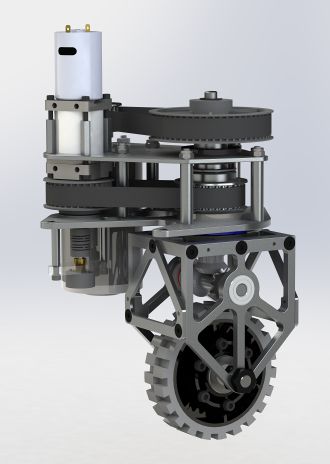 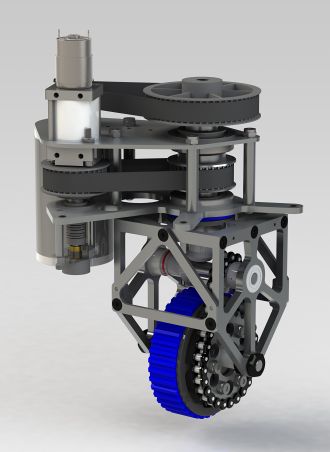 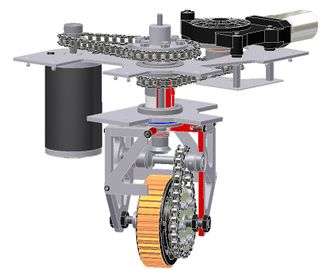 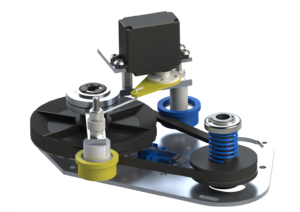 The current system replaces the HTD5 pulley reduction with a spring-loaded constant velocity pulley (Torque Transmission VPS-15) and a V-belt pulley (Torque Transmission PO-3.5-3/8) connected with a V-belt (Gates 2L 180). The constant velocity pulley had a pitch diameter which varies between 0.9375 and 1.875 inches; the other pulley has a fixed 3.4 inch pitch diameter. These provide a 1st stage reduction which can be varied between 3.63:1 and 1.81:1. In combination with the old 2nd stage reduction, the overall reduction can be varied over the range 9.68:1 to 4.83:1. 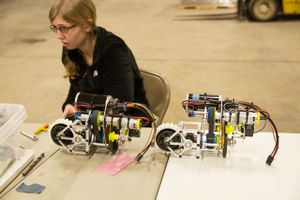 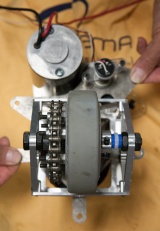 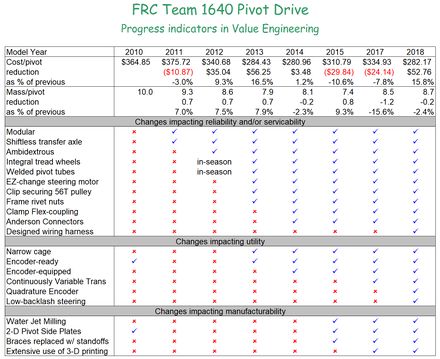