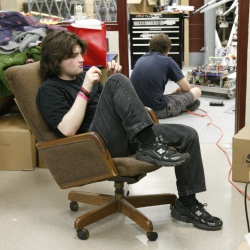 Note: this version is now outdated. See 10 July Control Map for next version.
Paul has added new drive capabilities, but these are underutilized (or unutilized) by the driver. Why? 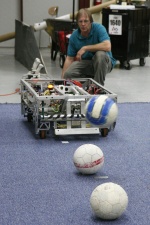 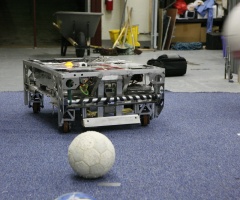 angled-drive autonomous
Before executing the switch from Jaguars to Victors on the steering motor controllers, Gary Deaver cited a point made on Chief Delphi that the Nippon Denso Window Motors we use for steering possess locking pins which lock the drive under excessive torque and remain locked until that torque is released. We removed these pins from the (4) steering motors and initial tests indicated no problem (but more testing needed to know whether the problem is really solved). Visit the Nippon Denso Window Motor Locking Pins page for detailed information and a photo sequence of pin removal.