Difference between revisions of "User:MaiKangWei" 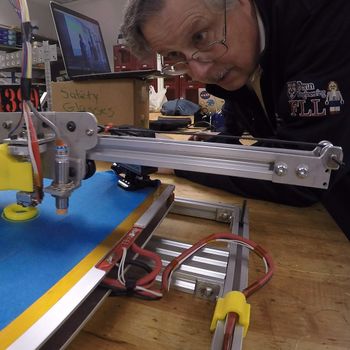 Clem McKown
I have been a mentor for FRC Team 1640 starting with the 2006 (Aim High) season. Since 2008, I've served as Head Mentor for FRC 1640 and Chairman of Downingtown Area Robotics. Our FTC program was launced in the summer of 2013. The key competencies which I bring to FRC are Project Management, Team Leadership, Mechanical Design, CAD skills and perserverence. Following the 2018 competition season, I stepped down from the Head Mentor position, remaining as Design Mentor.

I am currently leading the global development of Paladin®, a pre-plant soil fumigant which effectively replaces methyl bromide in many applications. Methyl bromide is an Ozone Depleting Chemical banned under the Montreal Protocol, which remains in use due to absence of effective substitutes. Paladin is dimethyl disulfide, a chemical produced naturally as part of the atmosphere's sulfur cycle and utilized by allium (onions, garlic) and brassicaceae (cabbage & mustard family) to control predation. It is contained naturally in many foods and an approved food additive. Paladin® has been granted registration in the US, Israel, Mexico, Morocco, Turkey, Jordan, Lebanon, South Korea, Egypt and Argentina.


The early part of my career was spent in developing Arkema's flat glass coatings business, based on applying a thin, transparent, low emissivity/electrically conductive (Certincoat®) ceramic coating to glass. The coating process is integrated into the the glass manufacturing process. Low emissivity coated glass can reduce building's heating and cooling energy requirements by more than 30% vis-à-vis uncoated glass and this coating is also used as a transparent conductor (electrode) for certain types of photovoltaic cells. I was granted (7) Patents in this area. From 1994 to 2005, I served on the Program Committee of the International Conference on Coatings on Glass, co-chairing the atmospheric-pressure sessions and remain on the International Advisory Committee.

My user name, mài kāng wēi (迈康威) is my given Chinese name. During 2003-4, I worked for about a year and a half in Qinhuangdao.

Hobbies are photography, bicycling and (of course) mentoring robotics. I have useful language skills in German and Mandarin and am studying French.

I am the Father of three daughters who graduated from the Downingtown Area School District. All have particpated in robotics. My eldest, Amber, together with Paul Sabatino, brought me into robotics. I'm afraid I'm hooked now, even though my daughters have all graduated from University (all from RPI). 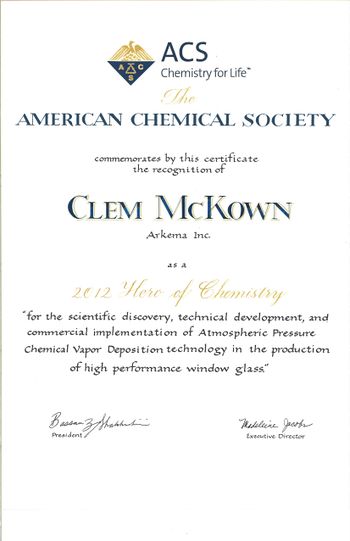 Where I've Been (International)