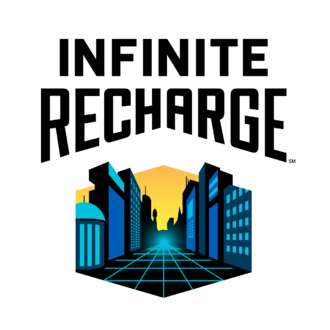 Ball Shooter & Magazine
An early Shooter Arm design concept was explored at an early point. This comprised an arm containing a straight, 5-ball magazine with a 2-wheel shooter at the end. The arm also was to include the switch-climbing and spinner mechanisms. The Shooter arm could be lowered to allow easy trench passage. This approach was abandoned as it was understood that its shooting could be blocked relatively easily.

The Shooter Arm concept was replaced with a low, fixed, 2-level ball magazine (the Indexer) feeding a shooter at the rear of the robot firing forwards.